It was the Brice show…not the Jessie show.

I was looking forward to Friday night’s show to see what new falsehood Jessie Czebotar was going to present.  I am fascinated with the gullibility of people to believe things that are not true.  And with Jessie possessing an arsenal of facilitators such as George Iceman, Cathy Fox, Sarah Westall, Jeff Ramsperger, etc, that allow her to make things up without question or demands of evidence.   Her following is growing to cult-like status online.

Unfortunately, guest Brice Watson dominated the show with constant rambling interlaced with giggles while Jessie sat there looking serene batting her eyes as if she was just along for the ride.  More on that later.

Brice Watson has a Youtube channel, Esoteric Atlanta. She deals with the paranormal from black eyed kids to hollow earth. Her own backstory is one of spiritual attacks and restless nights. In this video she gives a detailed history of Glamis Castle (finally, it’s pronounced right—Glamz) and then follows into the biography of Somerset Belenoff, the so-called Queen of the Illuminati.  But she ends up not connecting the two.  She apparently believes all of these tales.  Brice seems to be an intelligent woman but appears to have been duped into a lot that is untrue.  She is another example of the very elect being deceived.

One caveat regarding Glamis Castle—Brice claims to have an ancestor that was pledged to marry Queen Victoria but reneged for his love of a chambermaid.  His punishment is to be imprisoned in Glamis Castle.  Brice does not name this person out of fear something will happen to her family. Over what?  Here we go again!  Like Jessie, family members in the narrative go unnamed, making it hard to research this tale any deeper.

Diving deeper into Queen Victoria’s lovers before her marriage to Prince Albert, finds no accounts of a reneged engagement.  Looking into the history of Glamis there is a tale of a prisoner, theorized as some deformed offspring of the owners.  Brice’s family history may have gotten distorted after years of retelling.  Or, she could just be another inventor of myths like her friend Jessie.

As I stated in my post The Queen of the Illuminati Somerset Belenoff? (link below), the Illuminati Queen is an internet hoax launched in January of 2020.  And an easily proven one at that.  Brice Watson believes this tale and her accounting of Belenoff’s life history is taken solely from whoissomersetbelenoff.com—a site that is completely unsourced.  Brice fails as a researcher for being too trusting and not verifying what she is reading.  You do not use an unsourced website as a source!  And so many do. It seems all involved with this are as trusting as lambs.  When the ever sincere sounding Jessie Czebotar tells her flock this nonsense is real, that she has actually met Somerset Belenoff, no wonder many fall for it.

My aim is not to tear down someone’s Christian ministry.  But when it is founded on a false witness, one has to consider what else if false about a person’s past and testimony.  Many people say they have come to Christ, or returned to Him because of Jessie.  Her books are growing in popularity as some people feel inspired by them.  But Jessie’s contradictions in her stories never go away and she adds to them.  (Such as she did by saying she is in a photo that was taken over 100 year ago.) That is why I took note of her lack of interaction in the Friday night broadcast.  She let Brice do all the talking while she observed.  Brice noticed it as well, constantly interjecting after making a point, “Maybe Jessie would know more about this than me.”  Rarely did Jessie add anything and Brice continued her unrelenting stream of words.  Wonder why she held back?

As Regan said to Gorbachev, “Trust but verify.”  In this drama, best to place a focal point on verification.

Jeff Ramsperger, a frequent interviewer of Jessie on his channel, Right On Radio is a believer that Somerset Belenoff is actually authentic.  I wrote to him recently regarding my research into Belenoff and everything around her is a hoax.  Jeff wrote back reassuring me that Belenoff is real and both he and Jessie were contacted by her.  I let it go at that.  Jeff seems to be a nice enough guy and I saw no point in belaboring the issue.  He is either completely fooled or in on the charade.

5/1/21.  In the discussion, Brice Watson brought up Somerset Belenoff’s daughters.  One of them is alleged to have have run an underground restaurant in LA called Hallandale which served human meat.  Jessie identified that daughter as Corina Belenoff, the owner of the restaurant.  Of course this is a lie because neither of the daughters exist, just like their mother does not exist.  Neither did the Hallandale now supposedly closed (served its purpose in the deception). It’s all going to fall apart one day.

The prisoner of Glamis Castle story

My previous posts on this topic 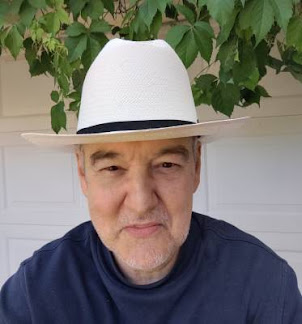 George W.Bailey
DE LEON SPRINGS, Florida, United States
Photographer and writer by trade with a broad range of interests that include just about everything with a primary interest in JFK and current events.